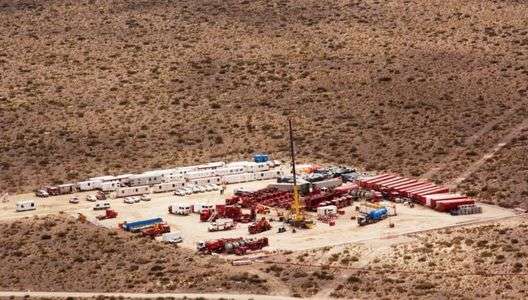 ECAs can no longer finance the climate crisis: moving away from fossil fuels is central to a just and sustainable energy transition in the Global South

Clean energy is the way forward in the future to retrace global (des)fossilization. International public financial institutions -ECAs included- need to substantially increase their support for clean energy and target strategic sub-sectors, such as energy access, to catalyze a globally just and sustainable energy transition, and support energy security in the context of a crisis.

The scientific evidence is compelling. The latest report from the Intergovernmental Panel on Climate Change (IPCC) warned that exceeding the global average temperature rise of 1.5°C above pre-industrial levels puts sustainable development and the lives of millions of people and ecosystems around the world at risk. Furthermore, it is warned that if global greenhouse gas (GHG) emissions do not peak before 2025 and then start to decline, it will be very complicated to avoid a climate catastrophe.

This scenario demands urgent and transformative actions. There is no more time to continue financing fossil fuels, to maintain the temperature limit below 1.5 ° C. It is urgent to reduce its weight in our energy matrix, not increase it. In addition, the cost of taking action today will be less than taking the same options in a couple of years because by reducing GHG emissions today, we will reap large benefits that would avoid severe climate impacts in the future. One of the biggest benefits associated with renewable energy generation is that it produces far fewer emissions than burning fossil fuels. A transition from fossil fuels, which currently account for the majority of emissions, to renewable energy is essential to address the crisis caused by climate change.

In addition, in a context marked by growing geopolitical tensions, where the energy crisis is one of the main secondary effects of the war in Ukraine, the countries of the Global South -among them Argentina- are pushed by external pressure to develop new fossil structures in order to generate exportable balances mainly to generate more foreign currency and not to ensure access and consumption of energy locally.

Within the framework of the Conference of the Parties to the United Nations Framework Convention on Climate Change 26 in Glasgow (COP 26), 34 countries and 5 credit institutions -including Canada, United States, Italy and Germany- signed the Statement on International Public Support for the Clean Energy Transition (hereinafter the Glasgow Declaration). The signatories committed to accelerate and prioritize international flows from the public and private sectors and support the development of clean technologies to promote a clean and fair energy transition by ending new direct foreign support for fossil fuels by the end of 2022. The agreement makes an special mention to ECAs and public financial institutions, urging them to implement similar commitments at COP 27 and beyond, including the push in particular at OECD, to review, update and strengthen their governance frameworks to align it with the goals of the Paris Agreement.

In this context, export credit agencies (ECAs) of all countries -mainly those of the Global North- are urged to accelerate their policy of not financing fossil fuels and their reorientation towards renewables and thus comply with the commitments assumed in international agreements. ECAs have provided nearly $31.8 billion a year for oil and gas – and $2.9 billion for coal, which is 7 times their $4.7 billion in clean energy support.

In Argentina, the energy sector constitutes a key link for growth and development of the country, which currently depends on approximately 85% of fossil fuels (oil, coal and gas) and can hardly be decoupled from global prices. This dependence of our energy matrix on fossil fuels ties us to the past and threatens our future. A global scenario marked by geopolitical and geoeconomic tensions between the great powers that increases the volatility of prices and brings with it the risk of continuing to deepen the profile extractive of the country exporting fossils.

Against the mentioned context, it is necessary to redirect the enormous amount of resources consumed in fossil fuels towards a system based on renewable energy sources and energy efficiency. ECAs and other international public financial institutions have a key role in strongly increasing their support for clean energy and driving a just energy transition, where risk sharing between different regions of the world does not fall, once again, on the countries of the global south.

The ECAs have to leave behind fossil infrastructure financing that, as we mentioned, generate socio-environmental consequences and violate the communities’ rights and participatory principles and accelerate the redirection of financing to renewables. The mechanisms established by ECAs cannot continue giving rise to weak environmental criteria, nor support projects without evaluations of cumulative and synergistic impacts, nor continue disbursing funds in controversial projects through their indirect financing.